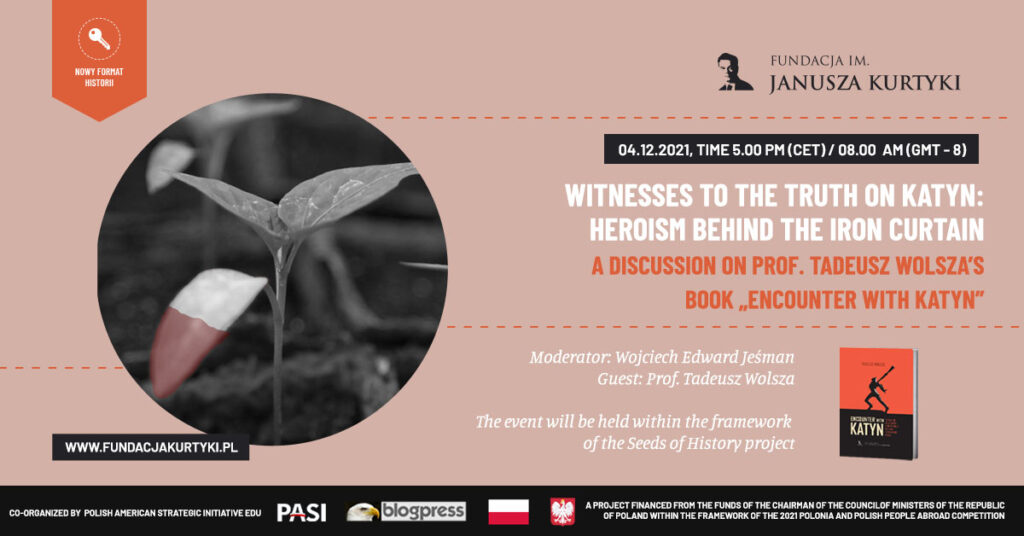 Witnesses to the truth on Katyn: Heroism behind the iron curtain.

The meeting will be held online on Zoom on December 4th, 2021, at 8.00 am (GMT-8). The event will be held within the framework of „The Seeds of history” project.

2. Presentation of the book by Dr. Damian Bębnowski, Vice President of the Board of the Janusz Kurtyka Foundation;

4. A questions and answers session.

Encounter with Katyn, by Tadeusz Wolsza

Encounter With Katyn: The Wartime and Postwar Story of Poles Who Saw the Katyn Site in

Generally, there are two major approaches in research on Katyn: the perspective of the victims and, to a somewhat lesser extent, the perpetrators‘ perspective. In his Encounter with Katyn Wolsza has touched upon another dimension of this atrocity, which has not been addressed in the work done so far. He describes the stories of over 60 representatives of various social groups who visited the Katyn site in 1943. The postwar Communist regime

in Poland consistently plugged the Katyn Lie and conducted a campaign of repression and reprisals against witnesses of Soviet crime. They were accused of collaboration with the Germans, forced to cancel testimonies about the real perpetrators, put under surveillance, and imprisoned. Some of them had to leave the country. Wolsza’s book portrays the Katyn Massacre not only as the extermination of Polish elites by a totalitarian regime, but also as a symbol of the struggle for universal values such as memory, truth, and justice. This corresponds to the wider perspective of the struggle of an enslaved society fighting for its freedom and independence. 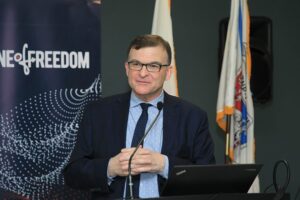 Professor Tadeusz Wolsza is a recognized Polish historian and political scientist (academic affiliations: Institute of History at the Polish Academy of Sciences in Warsaw, the Casimir the Great University at Bydgoszcz, Institute of National Remembrance). He was born in 1956 in Poland. He specializes in the contemporary history of Poland, especially in the wartime and postwar Polish political émigré community, the Katyn Massacre, the anti-Communist resistance movement in Poland, and Stalinist crimes in postwar Poland. Professor Wolsza has published over 280 academic papers and books, and some of them have been translated into Russian, German, English, Italian, Serbian, and Slovak. 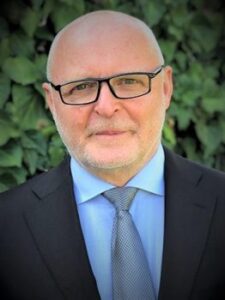 Co-Founder and President of Polish American Strategic Initiative, Inc. Born and raised in Poland. Independent publisher, pro-democracy activist, member of anti-communist opposition in Poland (1976-1982). Political prisoner (1978 and 1981-1982). Political asylee in the United States (Nov. 1982). Real estate broker in California since 1985. Naturalized U.S. citizen since 1990. President of Polish National Congress of Southern California and National Director of the Polish American Congress national organization (2015-2020). Active Polish American lobbyist on Capitol Hill. Recipient of the Officer’s Cross of the Order Polonia Restituta (2009) and the Cross of Freedom and Solidarity (2019).